The microINR analyser offers essential advantages over other INR POC devices, including ease of use, the smallest sample size requirement, and individually wrapped chips which ensures continued integrity.

Testing chips are available on prescription – contact us for the best price on the micorINR analyser! 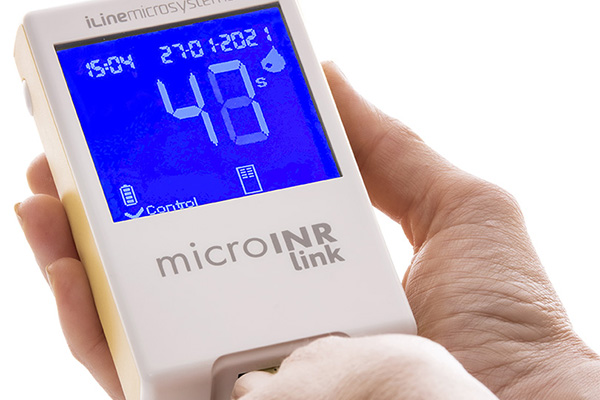 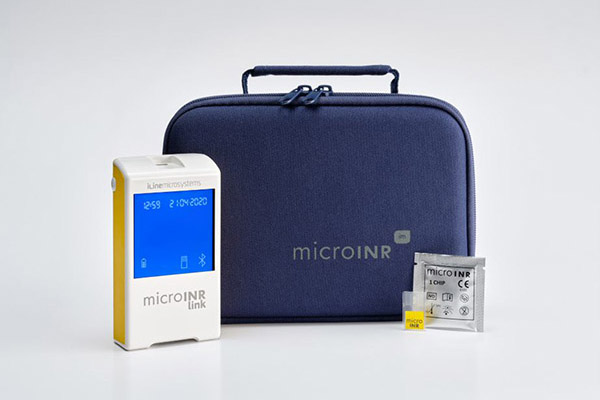 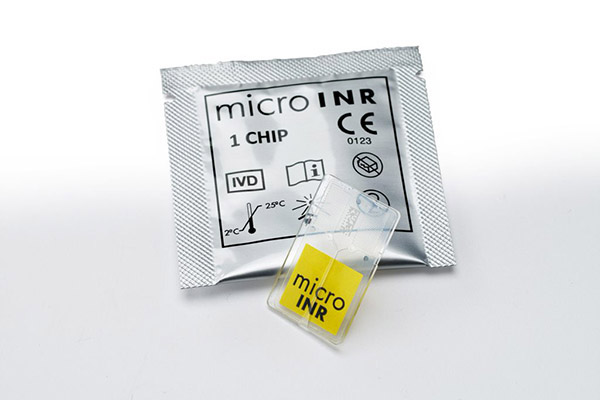 It has been nearly 400 years since William Harvey, an English physician, who was the first to describe accurately how blood was pumped around the body by the heart. Where we find ourselves now is at the cutting edge of technology and healthcare.

The microINR Link analyser, manufactured by iLine microsystems and distributed by Prospect Diagnostics Ltd in the British Isles and Ireland harnesses leading technologies to produce precision of result, ease of use and cost savings to both self-testing patients and clinicians alike.

In 90 or so years, we’ve come from sweet clover making cows haemorrhage (yes really!) – Which ultimately lead to the creation of Warfarin, INR testing being developed in the 1980’s, and now having a Point-of-Care device that uses patented microfluidics, multilevel internal QC and a proprietary Datamatrix that combine to push the boundaries of technologies and healthcare overlap.

At the start of 2012, I unfortunately had an unexplained fall whilst at home. My wife called for an ambulance and I was taken to hospital to be checked out.

After spending the night under their care, the doctor concluded that I had experienced a random blood clot and I would be prescribed Warfarin.

After being prescribed Warfarin, I was told this would increase my INR and my target range was between 2-3. I started on 8mg/day which was soon reduced to 6mg following an INR reading of 1.8. The dosage of warfarin was slowly reduced over the coming months and by the end of that year I was being checked weekly and the dosage was 5 mg.

Throughout 2013, the readings could be erratic, and it could be difficult to balance my Warfarin dosage to keep my INR within the target range. As the months went by my checks were moved to fortnightly and then monthly, with the dosage generally settling down to 6 mg per day.

Since the beginning of 2017, I now only have to attend the clinic on a three month basis.

I was introduced to the microINR Link Analyser in January 2021 and took it with me to my appointment in February. I had already tried it for myself, to familiarise myself with the procedure. It is very simple to operate. The nurse was both interested and intrigued. I now test myself fortnightly and find this very convenient.

The microINR is easy to use, once full training has been undertaken, the chip must be inserted the right way up and the blood sample must be presented to the chip as quickly as possible. The reader is quick to display the result. All in all, it is an excellent device.

What does it all mean?

ISI Stands for International Sensitivity Index – The sensitivity of a thromboplastin in the coagulation cascade.

PT Stands for Prothrombin Time – The time is takes for your blood to clot.

Why is it important?

If someone’s INR is too low, blood clots can arise.

If someone’s INR is too high, they may experience uncontrollable or dangerous bleeding. Bleeding is a complication and a potentially dangerous side effect associated with all blood thinning medications.

A patient wishing to start self-testing should always consult their clinician in the first instance.

The iLine microINR Link analyser has been designed for both professional and self-testing environments. This facilitates continuity of result, regardless whether you are in your local clinic, your own home or on holiday!

Self-testing allows patients to take control of their own health whilst remaining under the care of a healthcare professional.

A test is quick and easy to perform, simply insert a chip, provide a blood sample and await a result!

Prospect Diagnostics Limited is a leading company in the supply, logistics and support of point of care medical diagnostic devices and consumables to the UK Healthcare sector.

Peter Tomlinson is your primary contact at Prospect Diagnostics for all enquiries regarding the microINR. Peter will be delighted to answer any questions you may have about this product.

Peter started his career working in the pharmaceutical industry before moving into medical devices and diagnostics. In 2018 he moved with his fiancé from Newcastle down to the East Midlands before starting Project Management, in his role at Prospect Diagnostics in January 2021.

With his experience and knowledge base, he is passionate about patient care, improving clinical outcomes for all concerned and has won awards for delivering service ‘above and beyond’ those required.

Prospect Diagnostics Ltd is the distribution partner in the British Isles and Ireland for iLine® Microsystems S.L.

We are proud to support these charities. For more information please visit their websites 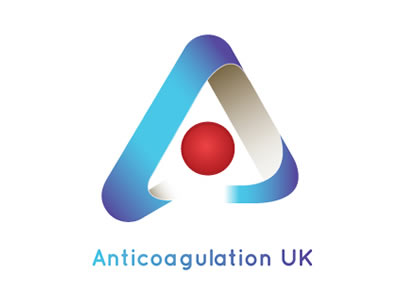